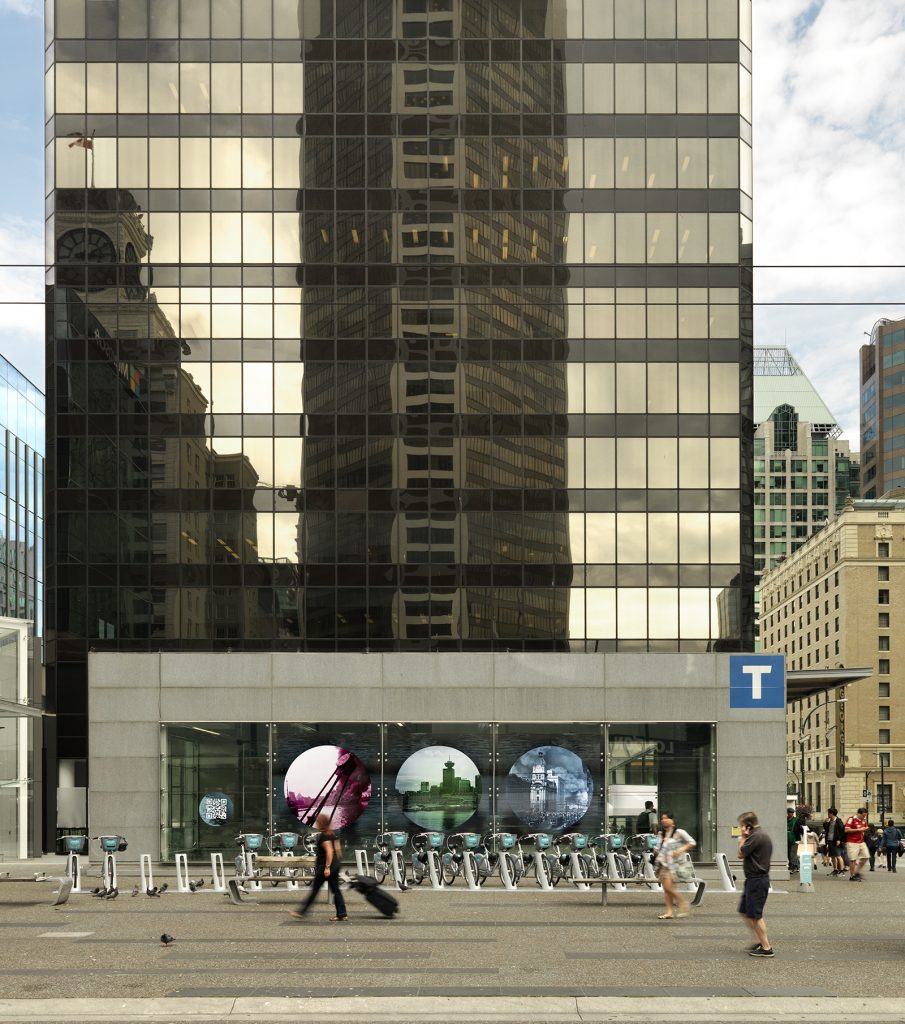 Pier D, is a public art project using a blend of archival and contemporary photography and a QR code that looks at a specific moment in the city of Vancouver’s history. On the afternoon of July 27, 1938, a four alarm fire broke out on CPR’s Pier D in Vancouver, BC. After the fire, the pier was never rebuilt, representing a moment of rupture for the artist. The ‘portholes’ present a central image shot by the artist showing where the pier used to be, book-ended by two altered archival images of the 1938 fire.

Their is a QR code installed in one of the windows, that links to a daily (for the duration of the installation) blog that accompanies the site, matching the dates exactly. As it happens, for example, Monday September 26th, was also a Monday in September 1938. Some posts are “QR only” meaning they do not get transmitted to the blog and exist in the ephemeral moment of the specific day they were on the QR code.

The artwork is installed at the Canada Line Skytrain Windows on Georgia and Granville Streets from May 16th to October 16, 2016. It is  commissioned by the City of Vancouver’s public art program, as part of their Coastal 25th anniversary project. 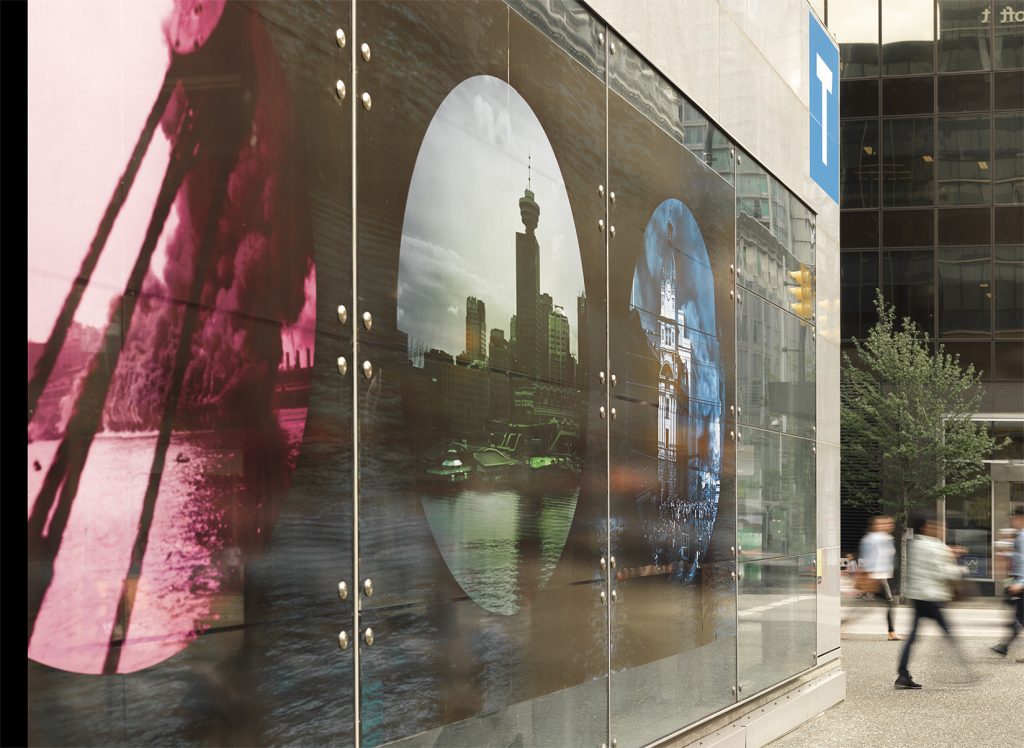